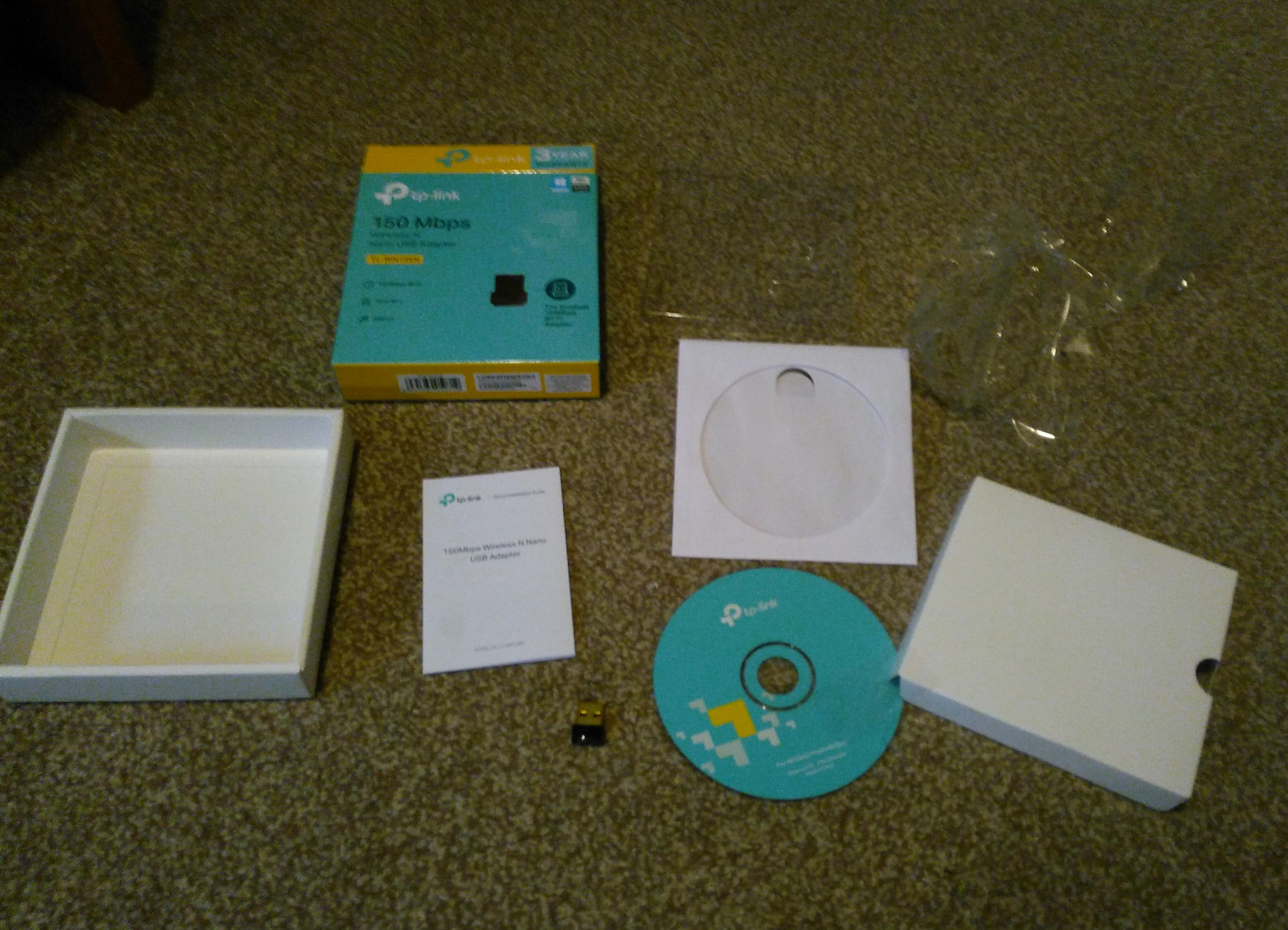 So tech stuff is always bad isn’t it? Perhaps techies don’t give a crap about the environment? I don’t know, I don’t think so anyway. So if you like your tech you must get rather annoyed with the excess packaging.

So to those of you who aren’t very techy, this thing that I bought fits in a USB slot (where those memory stick thingys go), it’s really small, and lets your laptop or computer connect to wifi networks (if it can’t already for whatever reason). My reason is Windows 7 seems to be falling apart, it’s ran fine for years and I’ve used Windows 10, I also own Windows 10 which came on my laptop and I hate it. I bought a low spec 2 in 1 laptop tablet, I din’t need to do much on it so thought I could get away with a low spec. Well no, it was fine for a bit until Windows 10 wanted to do updates which essentially crippled the poor little thing and made it unusable, so much so that I’ve had to ditch Windows 10 on it and install Ubuntu. For the non techies this is an alternative open source (and free) operating system, pretty much exclusively used by geeks (not even hipsters have heard of it yet). Before installing this most people would say the laptop is dead, get a new one, well I’d say get a new operating system because it flies along now! There was nothing wrong with the hardware, just the software crippling it and almost pushing me to buying a new one and creating yet more unnecessary waste.

This seems to be so much of a problem now, with perfectly good technology becoming useless because the tech companies say so, and want you to upgrade. I’ll cut my rant on this short now and do a separate post on this later. So what on Earth does this have to do with this TP-LINK Wireless-N Nano Adapter I’ve just bought? Well I said Windows 7 on my PC seems to be falling apart, with every new update another problem seems to arise, the latest being the network connector just doesn’t activate so I can’t connect to the WiFi, you can’t fix it, try and restart and it just sits there shutting down, the only way to solve it is to hold the off button. This is among a few other things that seem to have cropped up just as I’m getting messages telling me support for Windows 7 is ending and I need the dreaded Windows 10. I thought perhaps if it doesn’t see my network connector sometimes, maybe I should just get a USB one which will work all the time and problem solved (well patched over). Did it work? Did it fuck.

So being in a bad mood I thought I’d show how wasteful tech can be. By the way this is far from the worst example of tech packaging I’ve ever seen, there are much worse examples than this but as this was the most recent thing I bought I thought I’d just use it as an example.

So doesn’t seem too bad so far…

But something you can’t see in the first picture is the outer plastic shrink wrap. Why is that there? It’s not foodstuff so doesn’t at all need the extra plastic.

So out comes the inner tray, on top of this is a plastic sheet. This is so you can see the device from the outside. Now this doesn’t just consist of a few centimetres of plastic to cover the device, no it goes all the way to the edges. But you have to question the need for this, I get they want customers to see the product but does it matter? Can they not print an image on the box? I mean it’s hardly a Picasso, it’s just a tiny little device consisting of a USB connection and a small black rectangle on the end. I bought this from Ebuyer, which is an online store so no customers buying from here will need to see it though the box. The vast majority of devices like this will be bought online so only the small percentage bought offline will actually have the buyer looking at the device, and even then, do they really care what it looks like?

Oh there is more… something underneath.

A CD! I was about to say why do you need the driver on a CD when they could just get you to download it, but then again why would you be buying a WiFi adapter if you had the internet, so fair enough on that one. The CD comes in a small envelope sheath thing, so we need the CD protected, from what I don’t know, but OK, I’ll give the benefit of the doubt, anyway a bit of paper isn’t the most harmful is it? Well it would have been better than giving this sheath a window made of plastic! Why oh why do you need plastic on here?? No one can see it, no one needs to see what the CD is in the box, what else would it be??

So all in all this is nowhere near the worst the tech world has to offer but still shows how the ‘not so bad’ ones have unnecessary plastic in them. Plastic that has no real purpose and will be around potentially for hundreds of years.